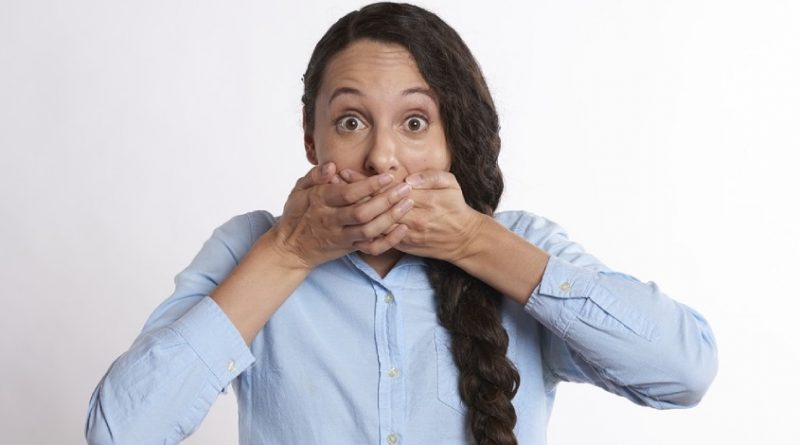 In my experience, missionaries and nonprofit workers don’t like to talk about money, and that is particularly true when it comes to what they are earning. There are several things that we will discuss under the general heading of earning, but most people think of the big one: Their paycheck. And we just don’t like to talk about our paycheck. It can be a pretty touchy subject for Americans and, in particular, for nonprofit workers.

Some of the people we serve overseas are quick to walk up to a mere acquaintance and ask why they’ve gained weight, when is the last time they had a bowel movement or how much they receive in annual pay. But most of us feel offended or defensive about those questions and perhaps the worst of them is actually the last one.

It is no less uncomfortable to discuss our wage with our US financial partners. When we are speaking with someone who gives monthly to our agencies, we want to be winsome, erudite and…well…proudly poor. Unless it is an absurdly low number, we don’t want to stay how much we’re earning. We often feel under-the-microscope. We already feel judged because we’ve not kept up on the latest American fad or because we struggle to find that old American idiom that is now buried under a new language. We certainly don’t want to feel judged about money too!

That sort of embarrassment is even true when we talk with other missionaries and nonprofit workers, and it is often even more true when we are talking with the people among whom we serve. Some of us brag to colleagues about how little we make and how frugal we are. Some of us sense that we are making more than Joe and Jane Missionary, but we’d never admit it. Others of us are quietly bitter that we are the poor among even the nonprofit community and are jealous of others who seem to be able to travel at will or afford some luxury that we deny ourselves.

So, if we can’t talk about our earnings with other nonprofit workers and missionaries, with people in our new culture and with the Americans back “home,” I guess it falls to me, Missionary Mark, to attack this awkward topic of what we are earning. Let’s get started by talking about the obvious and that is our salary.

Many financial advisors tell people that the quickest way to build wealth is to “grow your income.” What they mean by that is that we should try to change jobs to earn more, try to get a promotion, or walk into our boss’ office and demand a raise. Do you see the problem for those of us that work for charitable organizations?

I have worked for multiple mission agencies in which I had to raise all of my own financial support. That means that I had to raise the money to pay for my family’s expenses, health insurance, the cost of working with a mission agency and, yeah, everything that’s included in my own salary. I once received a promotion to a director-level position and jokingly asked my supervisor what sort of raise came along with the promotion. He smiled and said, “Whatever raise you want so long as you find the donors.” I suddenly lost all interest in increasing my wage!

Still, the truth be told, some of us received a starting wage that was very low. While some of us receive an annual increase, many of us haven’t seen an increase in wage for many years. In fact, I can’t even tell you how many times I took a pay-cut because I felt guilty about the money I was receiving or because our ministry account was sinking like the Titanic. We can all live with a little less income for a short period, but over the long run, there will be consequences.

If you realize that you aren’t building your Mercy Mound, that you seem poorer than most expats you’ve bumped into, and that your net worth isn’t increasing, it may be time to ask for a raise (even if you have to find the donations).

I recently told a nonprofit worker with another agency, “You aren’t being paid a livable wage. I want you serving here for the long haul. With the salary you are making right now, your ministry here isn’t sustainable.” Her leadership has been unwilling to allow a raise. Frankly, I’d rather see her switch agencies now than to have to leave the field in tears in a couple of years.

While your salary is your best, quickest and most likely way to increase your earnings, there are other options.

What’s more, as with many suggestions on Vagabond Finances, we absolutely, positively have to make sure we are not compromising our work from a tax perspective. If you aren’t sure that you are tax compliant in your country of service, then it is probably not a great idea to add local employment and other types of income which would put you even more on the tax radar. We want to earn enough to stay on the field for the long-term, and we want to be honest with our taxes for the same reason.

So, I’ll be posting about getting a part-time job, earning from investments, having rental income, and so on in the occasional blog post, but we need to be aware of the complications for us as expat missionaries and nonprofit workers.

In many ways, I think the easiest way to increase our income is to finally see…

There have been sayings going all the way back to England in the 1600s, warning us to not be “pound foolish and penny wise” and that “A penny saved is a penny earned”. The idea of the latter seems lost on many of us today. It simply means that the money I don’t spend remains in my wallet. The dollar (or yen or ruble) you save is just as valuable as the dollar you earned. In fact, the “penny saved” is more valuable than the “penny earned.” There’s no income tax on the penny we saved!

When you use a jump-through a portal like Ebates, put your cash in a high yield online savings account, pay less for college, choose not to buy an unnecessary shirt or video game, pay off a debt ahead of schedule, etc., those savings are like earnings and they are tax-free to boot. We need to learn to celebrate $10 earned as much as we celebrate $10 more in our paycheck.

A Plea on Behalf of those You Serve

Most of us serve a very needy people. Whether educationally, spiritually, nutritionally, economically or in some other way, they are needy and part of what they need is you. They won’t understand the peculiar financial needs of an American abroad, but they know they need you.

Your donors have given sacrificially because they are excited that you are serving as you are. They appreciate you. They want you on the field for the long haul, with a sustainable wage.

Here’s the deal, friends, it is a financial miscalculation to think we can save our organization’s or our donors’ money if that decision ultimately forces us to leave the field. If we can’t pay for our daughter’s college education, can she go into nonprofit ministry or will she be paying off debts for the next 20 years. If we don’t earn enough to save for our own retirement, will we ask our generous donors to support us long after we’ve returned to the US?

My plea to you is this: Don’t leave the work for financial reasons!

Earn enough, save aggressively, invest wisely, pay your taxes legally, plan for your retirement needs appropriately and strive vigorously toward winning financial freedom and, with it, the opportunity to be recklessly generous. That’s my conception of the Vagabond Path.

If we stay on the Vagabond Path long enough and strive hard enough, we may one day have a Mercy Mound that will allow us to fund our own ministry, serve well into retirement, not be a burden to others, and leave a modest legacy to the next generation.

The person who replaces you has to start afresh with language acquisition, culture appreciation and relationship development. It isn’t financially cheaper for the charity world for you to leave the field, and it is of great cost emotionally to those you serve if you are forced to leave the field prematurely because of mere finances. slipped off the financial path.

Don’t leave the field because of money!

For more information, please take a look at some posts about Earnings, Savings, and Winning Financial Freedom!

How can non-profit workers with a very modest wage possibly afford all of these trips? The mileage game! Using “points and perks” offered by credit card companies can get you farther than you think.

Can it be this easy? Investing in all-in-one funds